Here’s a quick update from last year’s “Wreaths Across America” fundraiser, we raised $10,000.00, we also had over 2,500Patroits on the third weekend of December ( 9:00 am National Day ) to lay the wreaths. As we close in on this year's event, Sunday, September 8th at Arrowcreek Golf Club w/ ceremonies beginning at 12:15 and shotgun start at 1:00 or sooner, (NO HANDICAP NEEDED)

We are hoping that any and all donations, tee sponsors, gift certificates in general and any and all supporters that have helped in the past and new Patriots who wish to continue this wonderful tradition will contact us.

Thanking you in advance for your time and kind donation.

National Wreaths Across America Day has become such a big tradition that it’s hard to believe it began from just one personal tribute and this photo, which went viral. 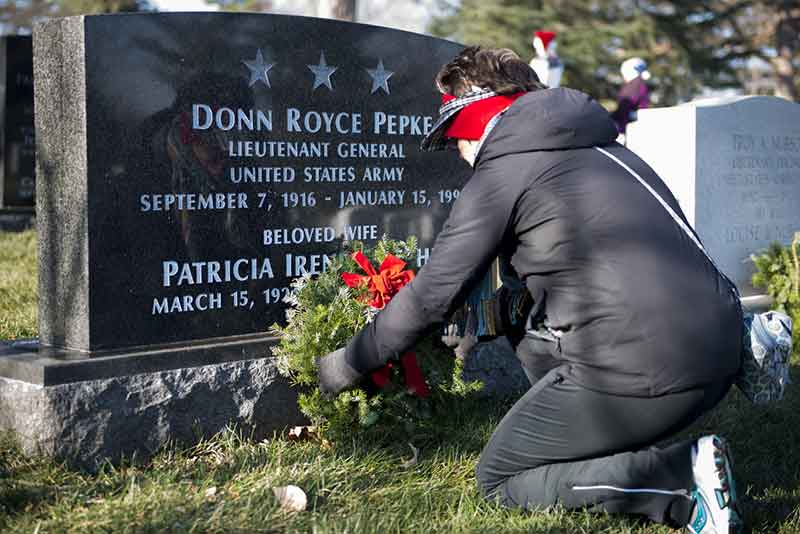 So how did it happen? Here’s the scoop:
The Worcester family of Harrington, Maine, owns their own tree farm. In 1992, they had a surplus of wreaths during the holiday season, so the family patriarch, Morrill – who had long felt indebted to our fallen veterans – got help from a Maine politician to have those spare wreaths placed beside graves in Arlington National Cemetery in areas that received fewer visitors each year.
Several volunteers stepped up to help, including veterans from American Legion and Veterans of Foreign Wars posts and a truck company owner who transported the wreaths to Arlington, Virginia, where a small ceremony was held at the cemetery’s Tomb of the Unknown Soldier. This remained a small yearly tradition for nearly 15 years until a photo taken at the 2005 ceremony went viral. Almost immediately, thousands of people wanted to know how to help or how they could begin a similar tradition in their states.
By the next year – with the help of some civic organizations and volunteers, including in the trucking industry – there were 150 simultaneous ceremonies held across the country. By 2008, the movement to remember, honor and teach had grown so much that Congress had declared the third Saturday in September National Wreaths Across America Day.
By 2014, the now-nonprofit Wreaths Across America had reached its goal of placing a wreath at all 226,525 graves in the cemetery.
Click Here to go to Wreaths Across America info site 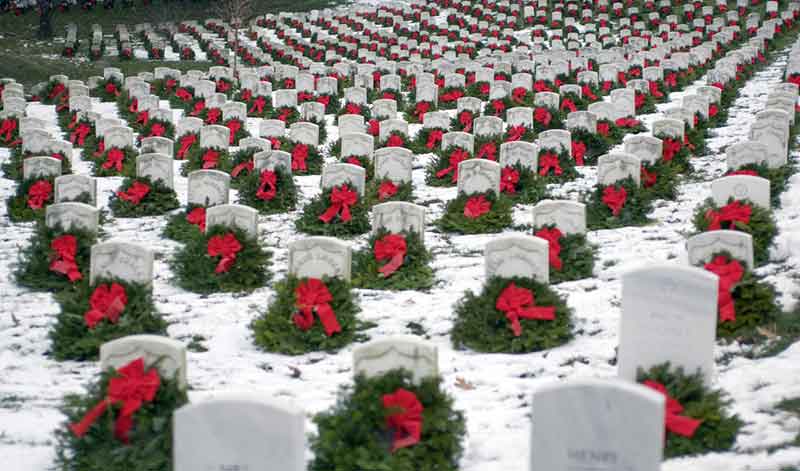